Obtaining a US IR-1 Visa for your Thai spouse 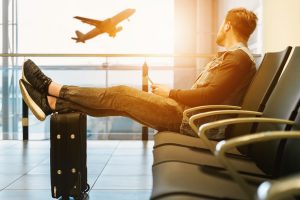 The CR-1 visa, which stands for Conditional Residency, is awarded to those who have been married for less than two years, and is considered conditional within that period. That makes IR-1 with an advantage entering as an Immediate Relative without a conditional status.

You will need to submit an Immigrant Petition for Alien Relative (Form I-130) and Form I-130A from the beneficiary (the applicant), which is your spouse. After processing your requirements and submitting your petition at the USCIS, you will be notified once received, and will be advised once petition been approved, it will then be forwarded to the National Visa Center (NVC) and the US Embassy in Bangkok will be the one who will be completing the necessary administrative processing for the Thai spouse’s visa.

Eligibility requirements for obtaining the US IR-1 Visa are as follows:

THE PROCESS:  Once the visa petition for your Thai spouse is approved, she will receive a letter from the USCIS noting to wait for at least a month as your petition packet has been forwarded to the NVC, once NVC has evaluated your documents, the NVC will provide you a letter containing information regarding the document requirements which should be submitted on the next packet.

This will be then forwarded to the US Embassy, and US embassy provides you appointment interview. Packet instruction for the final step shall be provided which will be presented at the interview. It contains documents which requests biographic data to be completed, signed and forwarded to the US Embassy or Consulate in Thailand. The normal processing time until the visa is granted is within 10-12 months.