These are the basics for Child Support Law in Thailand. Under Thailand’s Family Law, the mother and father of a child are bound to support or maintain the child’s financial needs until he or she reaches the legal age of 20. If the child lives with both parents, issues concerning child support are quite rare. 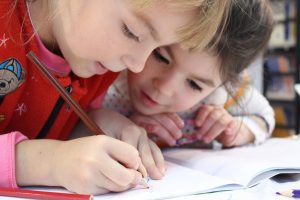 In Thailand, child support issues come up when parents separate or decide to have a divorce, and also when a child is born outside of marriage. Child support, as well as Child Custody in Thailand can be decided by mutual written agreement or by order of the court.

Child support money should only be used for the expenses of the child which includes food, shelter, clothing, medical and educational needs.

When the parents are divorcing and the issue regarding child support cannot be settled by a mutual agreement between them, the court usually orders the parent without custody to pay the custodial parent a set amount as financial support for the child. Child support may also be ordered to be paid by one parent to the other if they are sharing custody of the child, or sharing the responsibilities in raising the child. The court decides the amount of child support to be paid based on the condition of the child and the financial capability of the obligated parent.

For children born outside of a marriage, the biological father is not obligated by law to pay for child support, unless the issue regarding the legitimation of the child in Thailand is brought to court. Thus, the court will then decide on those issues pertaining to legitimation, child custody and child support under the same case.

Child support concerns can also be decided by both parents under the divorce settlement. The amount and method of child support payment can be set based on what has been agreed by both parents. After the agreement has been signed by two witnesses, this should be registered with the district office at the time of registering the divorce. Failure to pay child support from the non-custodial parent would allow the custodial parent to file a petition in court for the enforcement of such.

Generally, child support cannot be obligated to the biological father if the child is illegitimate. But the father is not banned from entering an agreement regarding child support payment with the mother of the child, wherein such agreement can be enforceable once it is registered with the local district office. Always take proper legal advice from a lawyer in Bangkok.